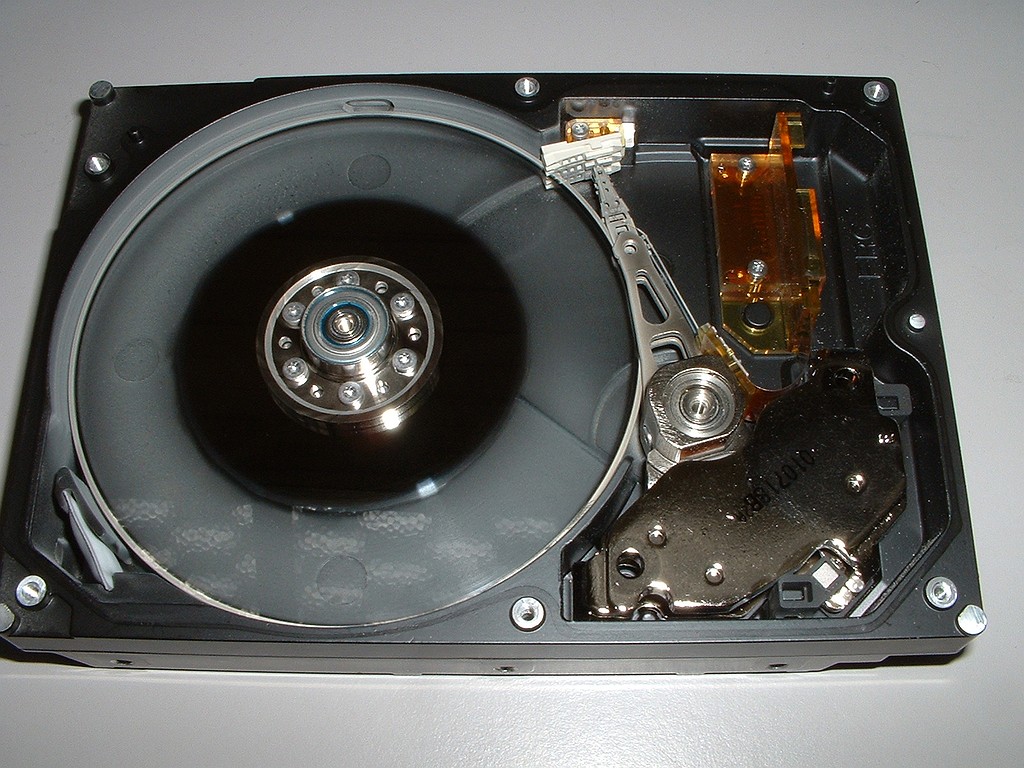 The IBM/Hitachi DeskStar drives have a very bad reputation for mechanical damages. They didn't call them DeathStar instead of DeskStar for nothing. ΙΒΜ/Hitachi introduced in that series the revolutionary - for that time - technology where the used glass platters (see image), which could withstand higher rounds per minute. It took 3 years from the introduction of that technology (in 2000) for a drive with greater capacity than that of 75GB - an oustanding capacity for that time - to be produced. Nonetheless, the mechanical problems these drives exhibited gained them the nickname DeathStar.

The most common and the most serious at the same time mechanical problem of these drives is known as "Deskstar Click Of Death". The well-known "clicks of death" are characterized by the sound of "scratching" together with beeps and clicks. Hear that sound here. This damage is one of the most difficult data recovery cases and if you have one of these drives we suggest you immediately contact a Northwind technician to give you advice on what to do. The reason causing these damages is considered to be the drive's heads, which are of Giant MagnetoResistance (http://en.wikipedia.org/wiki/Giant_magnetoresistance) type. The heads way of operation is causing a platters 'infection' which in turn causes the "clicks of death". If you try to boot up from a drive like that , you will get error message like "Primary Master Hard Disk Fail", "No operating system found", "S.M.A.R.T. Capable But Command Failed" or something similar. It is very important, at this point, to power off the drive and bring it to our offices for a free evaluation. Further attempts to read data from the drive could mean that your data will become non-recoverable.

Another typical ΙΒΜ/Hitachi drives' problem is damages on its PCB. ΙΒΜ/Hitachi drives are very sensitive in overheating and power surges, that can lead to a burned motor or a destroyed chip on the PCB. In that case, you will smell something burned. In the next boot up your drive won't start at all. You can try changing the PCB with another operational one but there are very slim chances to get data from the drive. The PCB of the donor-drive could lock, resulting in the drive not even spinning up. This is because in all mordern drives the PCBs are coupled with the drive's head, therefore every PCB is unique for each drive. 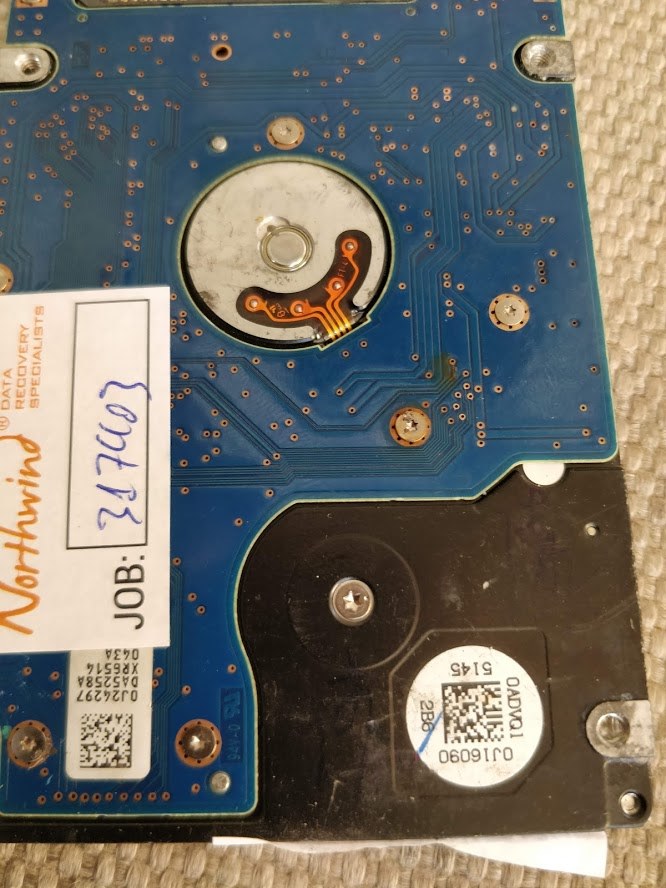 In Northwind labs we reprogram the PCBs so that they contain all the relevant info in order for NVRAM to be compatible with the drive, by using very specialized equipment.

As written earlier, the most common IBM/Hitachi drives' problem is strange sounds and the drive crashes. The drive spins up and the heads start clicking, which, most times, is a sign of damaged heads. If this happens, it is very important to run the appropriate diagnostics on the drive in order to rule out the case that the problem is due to a firmware error or a PCB problem, which could also cause clicking.

The heads usually park on the special ramp outside the platters, but many times, after a damage or abnormal shutting down, they can't or don't have enough time to return to the ramp and stay on the surface. Immediately after the spin down, the heads get stuck on the surface and it is impossible to get free without the right equipment and experience from the technician. Do not try to open the hard drive yourselves - you will damage the platters and the drive will be non-recoverable.

Finally, a classic problem of these drives (as well as of all drives) is that of Bad Sectors. After a while, the platter to which the data are written start to degrade and bad sectors appear. When the drive tries to read these parts of the surface, it can "freeze", or make strange sounds like "scratching", light ticks or loud noises. As soon as the drive starts displaying these kind of problems, it is very important to power it off and send it to us for a free evaluation. In its lab Northwind uses expensive cloning tools which can bypass the corrupted parts and read data from the 'healthy' parts of the drive's surface. This is usually the only method through which data recovery from IBM/Hitatchi drives is possible.