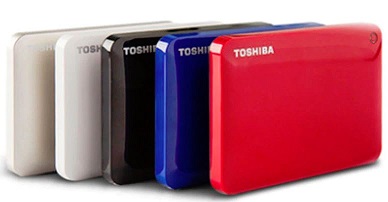 Toshiba produced until 2012 only laptop drives (2.5") and some SCSI drives. In the summer of 2012 it hit the market with 3.5" drives, and in very competitive prices for their capacities (500GB, 1TB, 2TB & 3TB). In reality, these drives were produced by WD, after the two companies came to a deal. Toshiba is still, though, considered the leader production company for 2.5" drives.

The main problem that Toshiba drives have is the problematic greasing of the motor in some 2.5" models (usually GAS & GAX). These problems occcured in the drives that were produced after 2007, while from that year and onwards, we received many drives with these symptoms:

Another common problem of Toshiba drives is the clicking sounds etc. The drive spins up and the heads start making continuous or off and on sounds. This is a sign of damaged drive heads and in order to recover data what is needed is experience, equipment and a clean room. 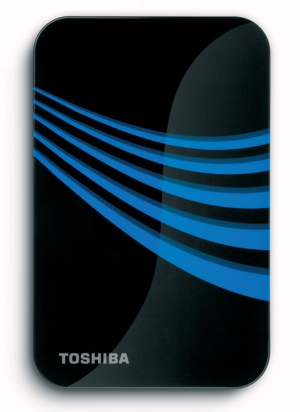 A classic problem of these drives (as well as of all drives) is that of Bad Sectors. After a while, the platter to which the data are written start to degrade and bad sectors appear. When the drive tries to read these parts of the surface, it can "freeze", or make strange sounds like "scratching", light ticks or loud noises. As soon as the drive starts displaying these kind of problems, it is very important to power it off and send it to us for a free evaluation. In its lab Northwind uses expensive cloning tools which can bypass the corrupted parts and read data from the 'healthy' parts of the drive's surface. This is usually the only method through which data recovery from Toshiba drives is possible.

Toshiba drives also display some classic problems of 2.5" drives. One of these is the drive heads sticking on the platters. The heads usually park on the special ramp outside the platters, but many times, after a damage or abnormal shutting down, they can't or don't have enough time to return to the ramp and stay on the surface. Immediately after the spin down, the heads get stuck on the surface and it is impossible to get free without the right equipment and experience from the technician. Do not try to open the hard drive yourselves - you will damage the platters and the drive will be non-recoverable.